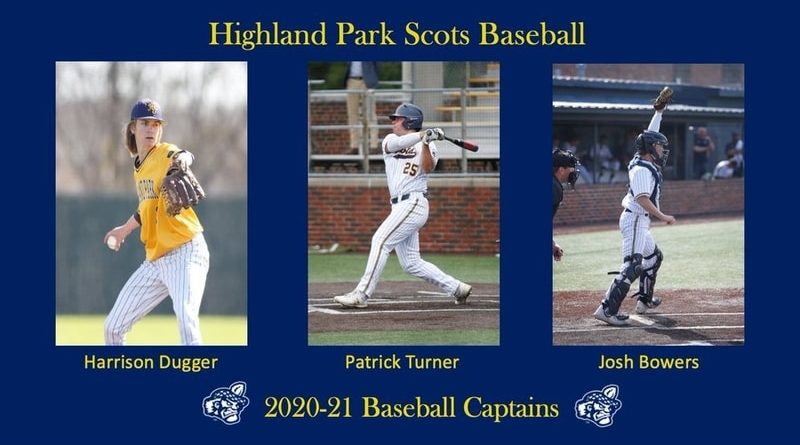 With its 2020 baseball season unfortunately curtailed, Highland Park must turn its attention to next year.

That process included creatively honoring the Scots’ senior class through a series of video recognitions on Twitter. The team’s 16 seniors saw their high school careers end prematurely when the season was suspended in mid-March — in the middle of the Scotland Yard Classic tournament — and later scrapped due to the COVID-19 pandemic.

The Scots also named their three captains who will lead next season’s squad, including Josh Bowers, Harrison Dugger, and Patrick Turner.