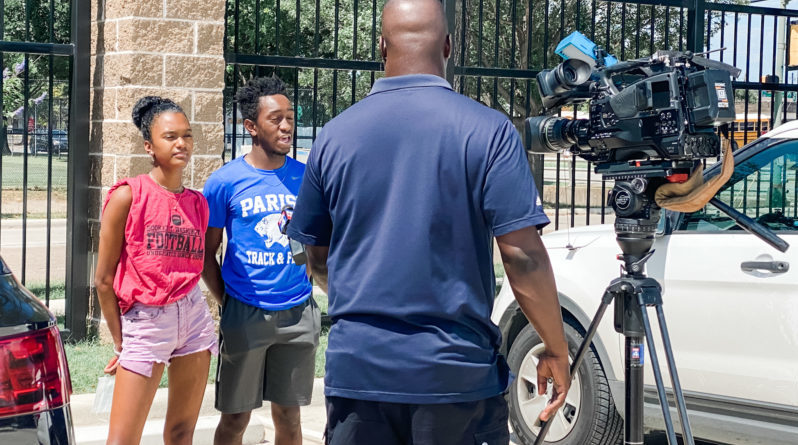 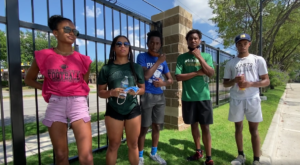 Evan Brown and his friends, like many teens that live in the neighborhoods near Jesuit and the shopping center that boasts a Lowe’s Home Improvement store and a Petsmart, often find themselves grabbing a snack and visiting at Sonic.

In fact, on any given afternoon or evening, it’s not uncommon to see teens taking advantage of the picnic tables while they meet up with their friends and grab a cool drink.

But last Friday, things were different.

He and five friends – all Black – placed orders and then got out of their cars.

“We were coming from a graduation party, and celebrating our first night as seniors. And we came to Sonic – we’re regulars there – and we got out of our cars,” he said. “We were away from the middle section, so we wouldn’t be in traffic or anything, and there was an employee who came out, and he told us that if we didn’t get back in our cars that he would be forced to call the cops.”

The statement, the teens said, hit them particularly hard, since it was a mere four days after George Floyd died at the hands of police, who subdued him with a knee to the neck. The threat, they said, was jolting.

“We were just very taken aback by that,” Evan said. “We’re regulars there, we’ve seen kids do a lot of crazy things there that we have never really done. We didn’t cause a disturbance, and there was no need to bring up police involvement.”

“It made me feel so unwelcome,” he said, adding that he felt “betrayed” by the place he considered to be one of his favorite spots.

Evan said he had planned to tell his mom, Kimberly-Clark Deputy General Counsel Shonn Brown, when he got home, but two of the girls in the group told their parents first.

His mother took to Facebook to relate what she did later that night after hearing that other groups of white kids were not approached.

“I went to Sonic. By myself. At night. And to my dismay there were two groups of all white children who were gathered in the Sonic parking lot. Outside their cars. I drove around to the window to report this egregious behavior,” she wrote. “Upon approach to the window I said, ‘I see two groups of teens gathered in your parking lot. They are outside their cars. I understand you have a policy that they are unable to do so.’”

Brown said that the person at the window confirmed the policy, and she asked the employees to tell those kids as well, and he agreed.

“There was a pause. I should mention that these groups were the only groups at Sonic. No one was in the drive-thru. No other customers were present. I waited,” she said. “One group that was gathered under an order stall with NO CAR. Another group was gathered by a car that was parked in a stall.

“The Sonic employee (who was sent out to the lot — a teen himself) did eventually (after observing that I was waiting) let them know that they couldn’t gather. However one key component was not a part of his warning- ‘I will call the police!’”

From there, Brown and the parents of the other teens got to work to organize a drive-by rally of support for their children. The event, which was held Sunday afternoon, found cars snaking from Forest, down Inwood, into the Sonic parking lot, and then over to the Anderson parking lot at Jesuit. The steady stream of cars honked while riders held up signs of support – and they didn’t stop for more than an hour and a half. 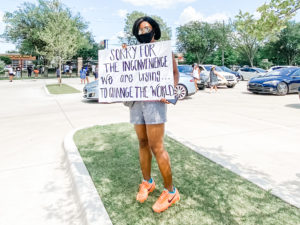 Five of the teens who spoke to us said that they felt it was important to speak up – and acknowledged that not every Black kid who finds themselves in a situation like they did will have a rally of support, or parents who can fight back against a corporation.

“In our situation, we’re really fortunate that we have parents who can do something like this, but not everyone has parents like this,” one teen, MJ Ward, said.

As for Evan, he said that while it might be hard to speak out, he did feel it was important to do so.

“If you accept defeat before you fight your battles,” he said, “you’ve already lost.”

The five also met with Sonic corporate staffers to talk about the changes they would need to see from the organization.

“We came together to think of things that could change, and how to enforce change,” Elle Grinnell said. “Then they wrote out the statement.”

That statement was provided to us by Sonic Sunday afternoon, and reads:

“Sonic unequivocally opposes racism and intolerance of any kind. We celebrate diversity and strive to consistently create an environment that highly values inclusion. Unfortunately, a recent event at our Drive-In restaurant in Dallas, Texas, was handled inappropriately and did not live up to our standards. As soon as we were alerted to the situation by the families involved, we engaged in a valuable discussion on race, equality and a deeper understanding of social justice issues and ways we can improve as a company. Sonic deeply and sincerely apologizes to the teenagers involved in the incident. We simply must do better going forward. To that end, we are revising our policy to ensure the appropriate level of manager is involved in handling matters with our guests. We are also bolstering our training program to include consistent unconscious bias training, with a focus on the African American experience, as we foster a more inclusive environment for our team members and guests. We thank the families involved for their productive and positive discussion and look forward to our continued conversations.”

While the teens said they provided input on what that statement should look like, they are still on the fence about whether they’ll go back.

“I’m willing to go back if I can see there is change,” Evan said.

We will have more from the five in our July issue of Preston Hollow People.

One thought on “Community Rallies to Support Black Teens”