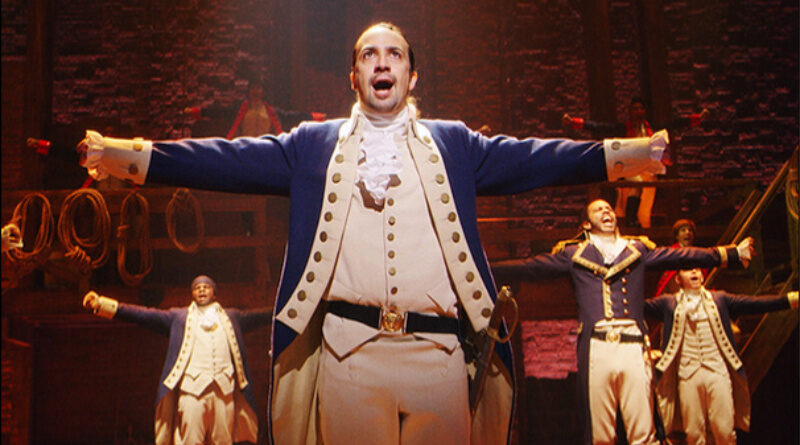 Whether you’re one of the lucky people who managed to catch a production of Hamilton, the Broadway smash about Alexander Hamilton, or you never got the opportunity before COVID-19 shut down live theater experiences across the country, news that Disney + would air the musical in its entirety in July has been big, big news.

With a score that utilizes hip-hop, jazz, R&B, and the best of Broadway show tune traditions, and the musical tells the story of the founding father whose life was cut short after dueling with Aaron Burr. The film was recorded at The Richard Rodgers Theatre on Broadway in June 2016, with the original cast.

The show drops on the streaming platform at 2 a.m. July 3, if you really, really want to be in the (living) room where it happens, right when it happens.

But if you’re not a Hamilton Super Fan, and would like to make an evening of it, Central Market also sent over a full menu of recipes (complete with a cocktail) for anyone planning to view who wants their food thematic.

The menu is part of their Food-cation weeks, where destinations become themes for entire menus. Other weeks include France (July 8-July 14), Tropical Paradise (July 15-28), and Charc Week (July 29- August 4). The chain’s 25th annual Hatch Chili Festival will be August 5 through 25.

“The Founders Fizz” is the official cocktail of Broadway’s Hamilton. This drink is a twist on a classic Gin Fizz. The recipe is nonalcoholic, but if you’re feeling like imbibing, add gin.

“The Board-y of Tonight” – This inspirational grazing board features red, white, and blue snacks, like Central Market Beet & Seed Entertainers crackers, fresh blueberries, blackberries and strawberries, white cheddar, and more. It is named after the song “The Story of Tonight” during which Hamilton and his revolutionaries discuss what they are fighting for and imagine how their stories would be told. This is not a recipe and can be created using the host’s preferred snacks.

“A.Ham.Burr-Ger” – At Central Market, the options for a delicious hamburger are endless with our quality meats, fresh produce, and chef-prepared dips and spreads like our Pam’s Pimento Cheese. The name of the burgers is a reference to the song “Your Obedient Servant” during which Alexander Hamilton and Aaron Burr pen multiple letters to each other, signing them respectively (in the lyrics) “A. Ham” and “A. Burr.”