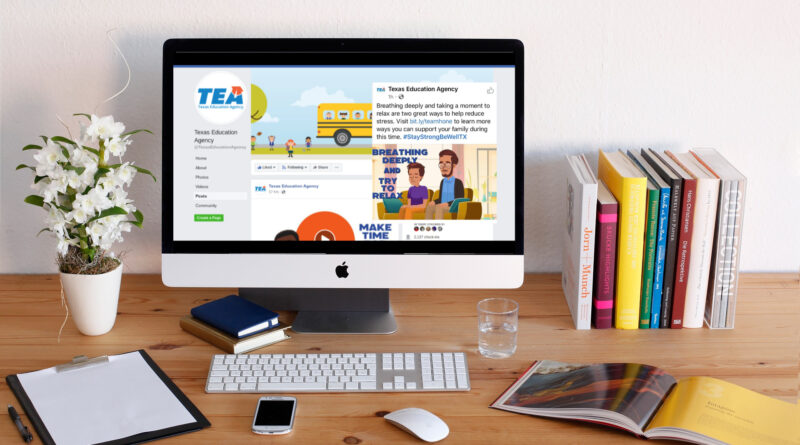 It was a post on social media that, on any other day, would’ve been considered innocuous.

But in a week where parents, teachers, and advocates were lambasting the Texas Education Agency’s guidance on starting schools, many felt the advice that “Breathing deeply and taking a moment to relax are two great ways to help reduce stress,” was a little tone-deaf – and the comments reflected that.

“This is toxic positivity if I’ve ever seen it,” wrote one commenter on the agency’s post. “We have legitimate concerns for our lives, and you respond with ‘do some deep breathing.'”

“Is this a bad joke?” another commenter asked.

“I’ll be happy to breathe deep back in the office or campus TEA. You first. Let me know how it goes,” another said.

A second attempt, a video with the message, “This has been a challenging few months for all of us, and we’ve undoubtedly experienced a range of emotions during this time. Learn what you and your family can do to help each other out by watching this video,” did not go any better – on Twitter or Facebook.

“So is breathing deeply no longer recommended?” a Twitter commenter asked.

On Facebook, the same post prompted comments that ranged from, “Um, y’all might just want to shut down your social media for a bit,” to, “You guys have got to be the most tone-deaf pack of jackwagons right now, which is a truly remarkable feat.”

“TEA, this sure feels like you’re mocking the fact that teachers are worried for their lives,” one of more than 500 commenters said. “It is not safe to reopen schools until our case numbers stop rising exponentially, and y’all know it. I triple-dog-dare you all to come hang out in a 6A high school with 3,000 bodies all breathing the same air.”

Public relations experts we talked to said that while the initial post was likely scheduled far in advance, the agency should’ve reviewed upcoming posts to make sure they wouldn’t find themselves on the receiving end of a flurry of digital punches.

“When creating key social media messaging for a client – be that a brand, a nonprofit, or an agency – we always create a sensitivity litmus test,” explained Waylon Tate of J. Waylon & Associates, whose clients include several local businesses. “We step back, look at it from every angle, and consider if there are any negative ways to spin or frame the message.”

One thought on “TEA Struggles With Messaging as School Debate Continues”