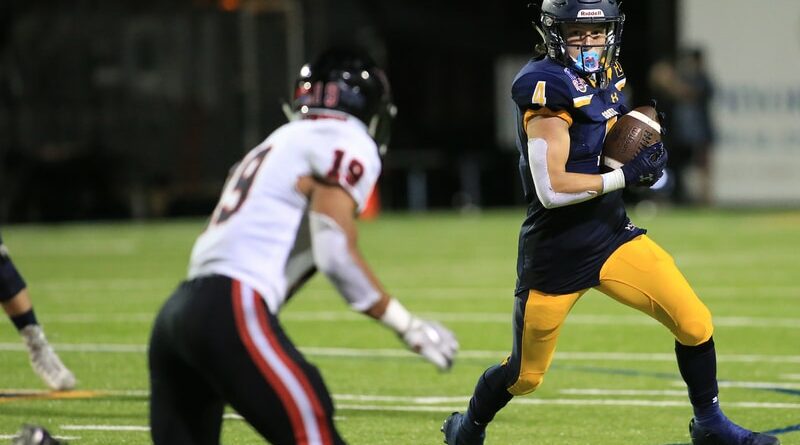 For Highland Park, it was just nice to be playing — and winning — football games again. Style points weren’t necessary.

The Scots held off a late rally by Coppell for a 42-36 victory on Friday in their season opener at Highlander Stadium, with the first-half positives outweighing the second-half negatives.

Plus, the HP defense stifled the high-octane Coppell attack in the first half, providing an early 25-point cushion that became necessary once the Cowboys started rolling late.

The win capped a turbulent recent stretch for HP, which cancelled its preseason scrimmage and first two games after an uptick in COVID-19 tests within the program. That came after months of limited and remote workouts in accordance with public health guidelines.

“We were hitting on all cylinders preparing for our scrimmage, then we went 14 days without seeing our players or practicing,” said HP head coach Randy Allen. “When we started back 10 days ago, we weren’t the same team. So it took us a while to get our timing down. But they did their conditioning, or we couldn’t have lasted in the fourth quarter.”

Now that they’re back into a routine, the Scots now hope to complete an eight-game regular season that will last into early December.

“We were all really nervous, because it seemed like we had been working out forever and hadn’t played a game,” Allen said. “We had a lot of new people playing, so it’s great to get a win in the first game.”

HP committed four turnovers on Friday, including a Zach Stricker interception on a trick play on the first snap from scrimmage. The ensuing Coppell threat ended with a botched snap on a field-goal attempt.

The Scots began rolling after that, scoring on four consecutive possessions. The first score came on fourth-and-3, when Schager hit Corwin on a 22-yard pass.

Big plays in the passing game set up each of the next two touchdowns. A 28-yard strike from Schager to Luke Rossley led to a 1-yard scoring plunge by the quarterback. The drive covered 91 yards in all, with 71 of those coming on two Rossley receptions.

On the next HP possession, Schager connected with Corwin for 48 yards, which set up Schager’s 2-yard score on the next play.

After a fourth-down stop near midfield, the Scots capitalized on the favorable field position and took a 27-2 lead on a 4-yard carry by Brooks Bond.

Coppell quarterback Ryan Walker found a rhythm late in the second quarter, finding Dylan Nelson on a 59-yard touchdown pass. However, the Cowboys (2-1) managed only 114 total yards before halftime.

“Our defense couldn’t have played better in the first half,” Allen said. “It was a real gut-wrenching second half because our guys were fatigued. It took mental and physical toughness to win this game. They had to make plays when the game was on the line.”

The momentum shifted in the second half, when Walker started regularly targeting the standout receiving duo of K.J. Liggins and Anthony Black.

The two teams traded scores early in the third quarter — with a Liggins touchdown catch followed by a Christian Reeves scamper for the Scots.

Schager hooked up with Corwin on a 36-yard touchdown with 10 minutes remaining, which gave HP an apparently safe 42-22 advantage. Yet the Cowboys continued to make a surge.

Just three minutes later, Coppell drove inside the HP 10-yard line before a key third-down sack by Marshall Landwehr nearly ended the threat. However, on the next play, Walker threw a 21-yard touchdown pass to Black on fourth-and-goal to keep the Cowboys’ hopes alive.

Ball security was an issue for the Scots throughout the game, and it was particularly costly on an errant fourth-quarter option pitch. Coppell linebacker Jack McAdams pounced on it, and the Cowboys quickly drove down the field again.

Walker found Black for a 12-yard score with 2:15 left to cut the margin to six points. It was the third touchdown catch for Black in a span of 14 minutes.

HP secured the win by recovering an onside kick attempt then gaining two first downs, including a fourth-down sneak by Schager.

Corwin finished with a game-high 115 receiving yards on just five catches, while Rossley hauled in four balls for 94 yards. Reeves and Anthony Ghobriel gained 68 yards apiece on the ground after Bond exited with an injury.

Collectively, Liggins and Black had four catches for 17 yards in the first half, with no touchdowns. They finished with a combined 20 receptions for 217 yards and four scores. Meanwhile, Walker was 26-of-44 passing for 310 yards. He had five touchdown passes and no interceptions.

The Scots will face an even more potent Class 6A passing attack next week when they travel to meet unbeaten Rockwall in what’s become an annual nondistrict rivalry game.

Fraschilla Closing In On 500 Career Assists 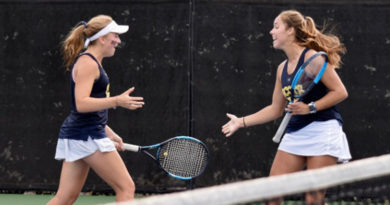