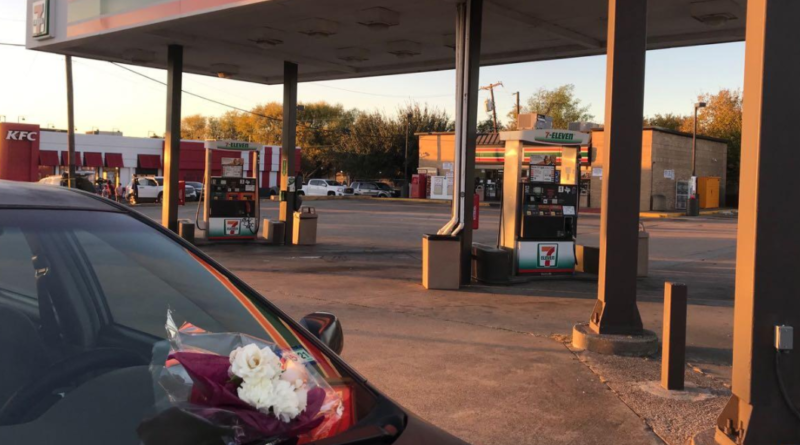 A 7-Eleven employee described by family and friends as “a hard working employee and a family man,” was shot and killed early Tuesday morning while working a graveyard shift at the store on Forest Lane and Marsh Lane.

Dallas police said that store employee Samuel Tesfaye Choyena, 48, was dead on the floor when officers responded to a shooting call shortly after midnight. Officers also found one of the suspects, Cesar Albert Molina, 22, injured.

“We are deeply saddened by the incident that occurred last night and our hearts are with the store associate’s family,” a 7-Eleven spokesperson said. “We are working with the local Franchisee to gather information and provide local law enforcement with any information helpful to their investigation.”

By Tuesday evening, neighbors who frequented the store were taking flowers to set up a make-shift memorial outside for Choyena, who left behind a wife and daughter.

Joshua Absolom, a regular at the store, said he remembered Choyena as a “really nice man” who was always there when people went in “for that cup of coffee in the morning or a late night Slurpee.”

“He has always been there for us and we owe him a debt of gratitude,” he added. “As a community, we need to stick together and look out for one another.”

Friends of the family have set up a GoFundMe campaign to help his wife, Tigist Degifie, with expenses.

“Samuel was a hard-working employee and a family man who worked full time at 7-Eleven,” organizers Deme Sibere and Teferawork Assefa said. “He leaves behind a wife and a daughter.  This is a big loss for his family and our community.”

“We are seeking assistance to help send his body back to Ethiopia and support his family in this immediate time of need,” they added.

A second suspect, 17, was also found injured and was taken to a hospital. Police said that once he was released, he would be booked into jail for murder.