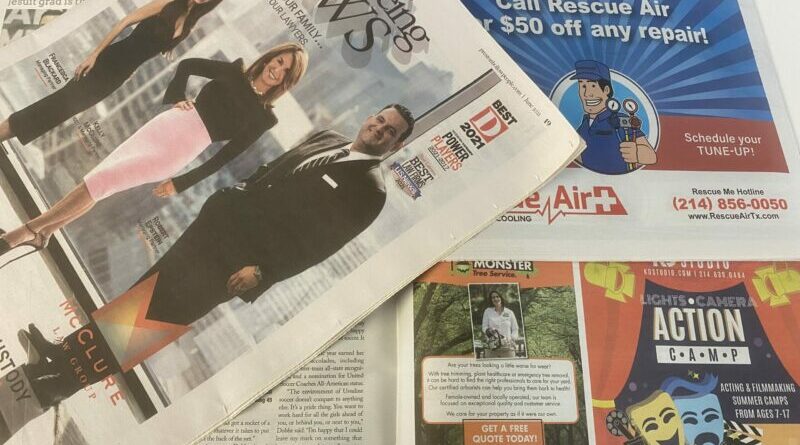 One provision goes far beyond offering aid to community newspapers, local news websites and other news-gatherers. It would help small businesses to dig out of the economic doldrums by supporting their advertising costs in local news outlets, which in turn will help publishers and broadcasters to hire journalists.

This provision would permit small businesses to claim a tax credit for a portion of their advertising purchases up to $5,000 a year. Credits would remain, but in declining amounts, for five years.

The legislation, originally introduced in similar form by Reps. Ann Kirkpatrick, D-Arizona, and Dan Newhouse, R-Washington, would also help subscribers by providing them with a refundable tax credit up to $250 a year. It provides financial support for hiring as well, assisting news organizations with journalists’ salaries.

It is the advertising tax credit that is the unsung hero of this legislation.  Like a pebble tossed into the pond of local economies, it will show the ripple effect of benefits in local jobs, enhanced spending, revenues to run local governments and a boost to get American small businesses back in the game after a very tough couple of years.

Every dollar of advertising spending generates $8.77 in sales, according to a 2010 study by IHS Global Insight, a firm that periodically measures advertising’s impact on economies. Advertising is directly responsible for about 20% of the American economy by directly generating jobs in media sales, creation of materials and collateral work but it does far more by juicing activity in other businesses.

No surprise to anyone on Main Street: after the 2008 recession small businesses cut way back on their advertising campaigns, dropping from their normal 3-5% annual increases to a stunning 6% cut in 2009. It is too soon to know what the COVID-19 pandemic has done to this spending, but it would be no great revelation to learn that the cuts equaled or exceeded those following the Great Recession.  Expense cuts are what businesses do to stay afloat.

But when they are ready to climb back into the cockpit for a new takeoff, the spending needs to accelerate rapidly. Cash-strapped businesses may be in no position to fuel their journey though. That is why a little boost in the form of the Cantwell tax credit would be so timely.  If the economy behaves as it usually does after economic retraction, the new spending will generate more sales and the public coffers will refill. The bill’s benefits end after five years but the growth it generates will pay off for decades.

Brett Wesner is the chair of the National Newspaper Association and president of Wesner Publications in Cordell, Oklahoma.