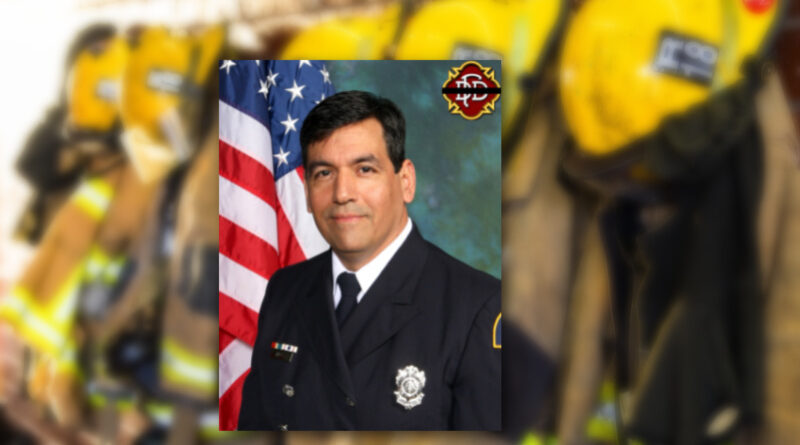 A 40-year veteran with Dallas Fire-Rescue died after a long battle with COVID, the department said Thursday.

Sixty-two-year-old David Leos, a Driver Engineer with Station 41, had been battling the virus in Parkland Hospital’s ICU.

Station 41 was, until a tornado struck in 2019, located at Preston Road and Royal Lane. The city has begun the process of rebuilding the station in the same spot.

“This is a tragic loss for our department; especially for his brother, Lieutenant Marty Leos, and Son, Lieutenant David Leos, Jr., who have followed admirably in their brother/father’s footsteps,” DFR said in a statement. “We ask that you keep David’s family, and the department, in your thoughts and prayers and we lean on one another for support during this most challenging time.”

Leos leaves behind a wife and eight children. Family members told WFAA that he had been put on a ventilator more than a month ago, and doctors told them Wednesday that his kidneys were damaged and failing.

“It just isn’t fair. This disease can take someone from a family so unexpectedly,” his sister-in-law Jeane Leos, said.

Leos is Dallas Fire-Rescue’s first member to die from COVID, the department said.