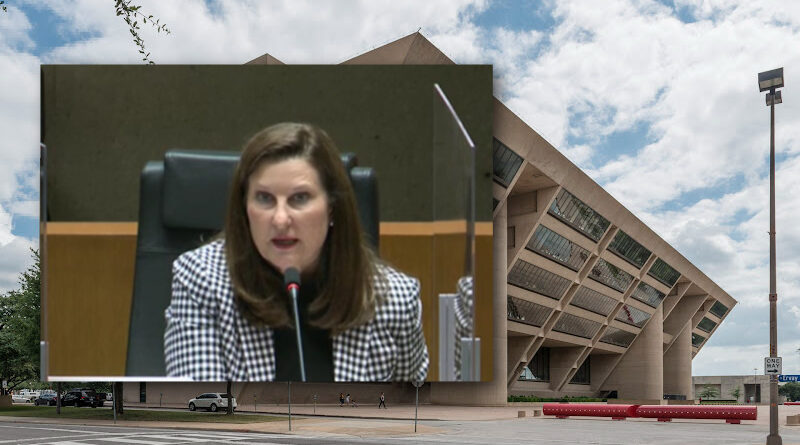 The Dallas City Council voted Thursday to approve a zoning change for the long-vacant site at the corner of Forest Lane and Nuestra Drive that is surrounded by the popular Melshire Estates community.

It’s a move that was unlikely to make many of those neighbors very happy.

Forest Park Development requested the zoning change so it can build 26 single-family residences that are roughly 2,800 –3,100 square feet in size and have a price tag in the $1 million range, in a gated community with access at Nuestra, Quincy, and Forest Lane.

The site has been dormant for more than a decade. First, an empty church sat on the Forest Lane lot for years after its occupants moved to Plano in 2010. Then the city of Dallas paid more than $3 million (counting $2.6 million for the land) for it as part of a bond package that would’ve included a new library to replace the aging Preston-Royal branch, but the city ran out of money.

Since bond money paid for the land, the proceeds of the sale of that land must go to sprucing up and improving the Preston-Royal branch.

Even at 26 homes — a reduction from a previously planned 33 — neighbors said it was just too much development for a 3.5-acre lot originally zoned for no more than nine homes. The new development would have too few trees, they said, and would bring more traffic than the neighborhood has now. It also violated the deed restrictions in place in the existing neighborhood, they said.

The city sent its required notification regarding the request to 84 homes within 500 feet of the proposed development. Of those, 56 responded that they did not support the change, and three indicated they did. About 30% of those sent notices did not respond.

“Please know: Our neighborhood overwhelmingly wants and welcomes development,” said Christina Norris. “In fact, we also support funding the library. However, what is being proposed is not reasonable. The city’s own staff recommended denial of this rezoning.”

Bruce Orr, another Melshire Estates resident, wondered if “politics and power were at play at the expense of your constituents.”

“The developers said, ‘we’re not going to build anything the neighbors don’t like,’ and yet, here we are,” he added.

Janelle Alcantara, a real estate agent who lives in the neighborhood, said that the project does not meet city zoning standards and shouldn’t be approved.

Alcantara, fellow real estate professional Pogir Pogir, and other neighbors said they had talked to other developers willing to build in accordance with existing zoning, and that felt they could still turn a profit.

“Well, we’ve had nine meetings with neighbors. We’ve redone our plan a multitude of times.”

Forest Park Development’s Bill Davis told the council that in addition to reducing the number of homes, the developer had agreed to double the amount of green space.

“We hear ‘that no one has talked to us,’” he said. “Well, we’ve had nine meetings with neighbors. We’ve redone our plan a multitude of times.”

It was Gay Donnell Willis, who has only represented District 13 for three months or so, who garnered praise from her colleagues around the horseshoe for taking two complicated zoning projects (the proposed Dallas ISD Career Institute North site on Walnut Hill Lane is also in her district) and working with the applicants and the neighbors.

The changes Donnell Willis negotiated included a plan to keep the existing mature trees on Forest Lane; a prohibition on flat roofs; a requirement that patios, balconies, and decks are ground-level only; and that the maximum number of stories above grade is two.

The developer also agreed to larger setbacks on the homes, and to avoid second-story windows on homes facing the neighborhood. They will move power lines and plant more trees as well.

She said she would support the zoning request, with those changes, adding that the neighbors should know that for all their concerns about the density of the Forest Park Development project, they could face worse further down the road from another developer if the zoning change didn’t move forward.

“If it fails I think we need to be pushing for workforce development housing. This is an area of opportunity.”

“It’s very likely that a project of far greater density would likely await, and it could be multifamily, and it could easily become part of the equation in order to make the project go due to the expenses,” she said. “The City and Council will be under a lot of pressure to take the next deal, and the prospect of more density than the current project represents is my concern, because I listened, and I heard.”

It was a refrain heard from other councilmembers, too.

“It’s a little frustrating to me hearing so much opposition for a project that would be welcomed with open arms in District 5,” said councilmember Jaime Resendez. “If it fails I think we need to be pushing for workforce development housing. This is an area of opportunity.”

Resendez also pointed out that with the nearby Galleria, Whole Foods, Tom Thumb, Medical City Dallas, and more, there were certainly enough jobs to entertain the idea of workforce housing in North Dallas.

“Twenty-six homes going on this lot is not high density – I live where there is high density, I know what high density is,” said council member Omar Narvaez. “I’ll be honest with you, I’d prefer to see multifamily, something bigger. It’s next to two major streets.”

“In the words of our former council member Lee Kleinman, ‘don’t let perfect be the enemy of good,’” said council member Adam Bazaldua. “This looks good. We definitely do need the housing stock at all levels.”

Council member Jaynie Schultz, whose district borders Donnell Willis’s, took the neighborhood to task for its treatment of her colleague, saying that the new council member was the subject of a lot of vitriol and unfair accusations as she tried to suss out the situation and hear from all sides.

“I beg of you, my friends and neighbors, stop the personal attacks,” she said, adding that the neighborhood needed to also face the reality of change.

“Today I’m going to follow the wishes of the neighbors, but it comes with a warning – be careful, you might get what you asked for.”

“Strong neighborhoods invite change and progress that delivers quality homes in neighborhoods, grounded in respect for each other as well as community values,” she said. “A neighborhood that understands preservation doesn’t mean standing still.”

And while she said she’d vote against the change (as did council member Cara Mendelsohn) ultimately deciding that the answer to her question, “Does the right to neighborhood self-determination outweigh the needs of the city?” was, “no,”  she also issued a warning.

“In my seven years following zoning cases, I’ve witnessed many cases where the neighborhood got their desires, only to end up with something much worse,” she said. “This is highly likely to end up that way. I doubt this council will have the patience to hear continuous chants of NIMBY when it only further delays the improvements much needed by the hundreds of thousands of people reliant on the library.

“Today I’m going to follow the wishes of the neighbors, but it comes with a warning – be careful, you might get what you asked for.” 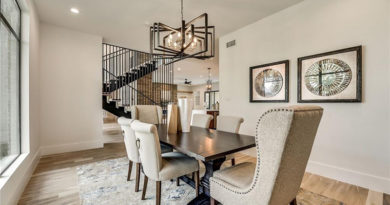 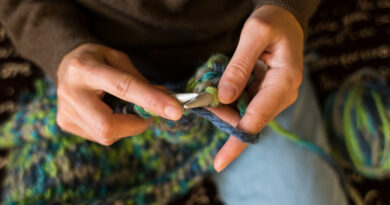