Rich Moses is the new Division I head coach of the Highland Park boys lacrosse program after serving as an assistant coach at the Division II level for HP during the past few seasons.

Moses is the director of HEADstrong Lacrosse Club of Texas and one of the organizers of the annual Patriot Cup event, which brings together top college and high school teams for a daylong showcase that raises funds for the HEADstrong Foundation, earmarked for cancer research and treatment.

As a player, the New York native was a standout at Hobart College during the 1980s. As a coach, he received the 2015 HEADstrong Relentless Spirit Award, the 2015 THSLL D2 North Assistant Coach of the Year award — after helping HP win a D2 state title — and the 2016 THSLL Person of the Year award.

Moses takes over a D1 program that remains a perennial powerhouse. After winning the state championship in 2015, the Scots were the runner-up in 2016 and reached the state semifinals this spring.

According to a Facebook post, the Highland Park Lacrosse board of directors established a search committee that reviewed and interviewed more than 40 applicants this spring before choosing Moses, who started with the HP program as a youth coach in 2008.

“I am extremely honored and proud to be named the next head coach of Highland Park lacrosse,” Moses said in the Facebook post. “Coach Thomson leaves a rich tradition behind and I am looking forward to going to work and continuing to develop leaders and champions both on the lacrosse field and in the community.”

The team will welcome Moses to his new post with a meet-and-greet session from 6 to 8 p.m. Wednesday in the community room at the University Park Public Library. 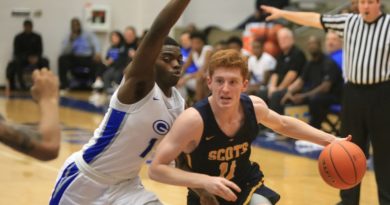