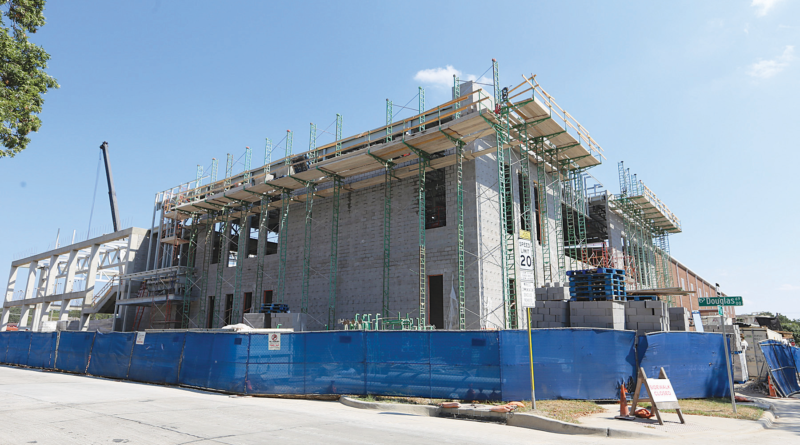 For years, Highland Park High School athletes and coaches have thrived despite limited space and aging facilities. But with various construction projects nearing completion, several sports will gain the behind-the-scenes infrastructure to match their championship pedigree.

The dust is gradually clearing on athletic improvements that comprise a significant share of Highland Park ISD’s $361.4 million bond initiative passed by voters in November 2015.

“Once it’s completed, it will give our kids a lot more space. It’s exciting to see it come together.” -Johnny Ringo

“It’s a tremendous upgrade for athletics,” said HPISD athletic director Johnny Ringo. “I think our new facilities will rival those of anybody in the state.”

A new Seay Tennis Center, with three indoor courts, opened earlier this year across from the existing outdoor courts on Glenwick Drive. That cleared the way for a multipurpose building under construction at the site of the previous tennis facility, across from Highlander Stadium on Grassmere Lane.

The two-story structure will house a new natatorium with an eight-lane, 25-yard pool and separate HPISD and public locker rooms, plus expanded spectator seating. It also will include new
athletic offices, a baseball locker room, a planned new Hall of Honor, and multi-use meeting spaces.

The pool installation is expected to get underway in November, with the building set to open in April 2020.

After the new facility opens, the existing high school natatorium will be demolished. That area eventually will accommodate extra classroom space as part of ongoing work on the east side of the campus.

More imminent is the completion of an addition to the northwest corner of the high school that will feature new offices, locker rooms, and workout spaces for soccer, golf, cross country, and gymnastics. The gymnastics programs also will have an expansive facility for practices and competitions in the basement.

“It’s been a great program for 50 years,” Ringo said. “Now, they’ve got a venue that can be used for competitions year-round.”

Restrooms on the home side will be renovated, and the Scot Shop will move its storefront to a more accessible spot along Grassmere. However, the work won’t impact the ability to host soccer and lacrosse games in the spring.

“We ask for everybody’s patience,” Ringo said. “Once it’s completed, it will give our kids a lot more space. It’s exciting to see it come together.” 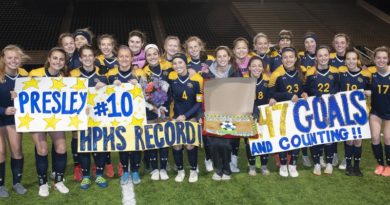