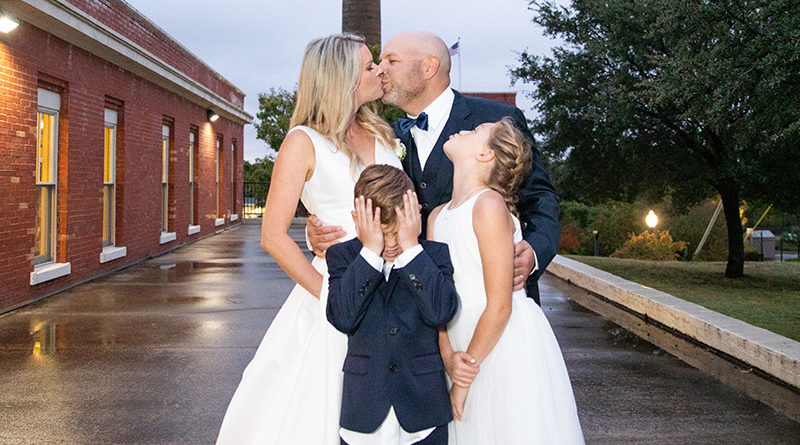 For Melissa Fisher and Will Mitchell, love found a way – again.

They met during their freshman year at Highland Park High School and went everywhere together.

“We learned to drive together,” she said. “We ate at Bubba’s before school together; we participated in every theater performance together (he designed lights, I performed); I went to every football game for him; he endured swim meets for me.”

Will had a significant impact on her brother. Fisher appreciated Will’s very loving parents.
But then the high school sweethearts graduated in 1999.

“As college came into view, we went our separate ways,” she said.

He went to the University of Texas in Austin, and she started at SMU.

“You always have a fond memory of your (teenage) relationship.” -Will Mitchell

Melissa ended up working in real estate development. Will chose architecture and has worked at Corgan for the last 15 years.

Around April of 2018, after Melissa had had two children (now 8 and 10 years old) from a previous marriage and was ready to date again, she wrote a list of traits for her ideal partner.

They’d remained friends over the years but hadn’t been close for some time when Melissa called Will to take him for drinks at Saint Ann for his birthday.

“We reconnected like we hadn’t missed a beat,” he said, recalling their intense high school relationship. “You always have a fond memory of your (teenage) relationship.”

They soon discovered there were more memories to make.

“She’s grown a lot personally and professionally… but deep down, she’s the same person I was drawn to back then,” he said.

After a few months, she introduced him to her children, and by December 2018, Melissa and Will moved in together.

Becoming involved in her children’s lives was a new experience for Will to navigate, but Liam and Avery, quickly embraced him, Melissa said. “They absolutely love him.

“He’s very calm and very patient,” she said. “He goes upstairs every night and reads, ‘Harry Potter’ to them. It’s something that they share.”

As for Will’s parents, they “were so excited about my kids because they don’t have any other grandkids,” Melissa said.

Will and Melissa wed in October 2019 at the Filter building on White Rock Lake.

“Jumping into a relationship that includes a family that you already love, baggage that you’re already familiar with, and a person that comes with a lovely unconditional love that has withstood the test of 20 years right out of the gate, was pretty amazing,” Melissa said. “Having a party full of Highland Park grads and their parents from both sides was such a fun dynamic. It was almost like a high school reunion.”

The Halls Are Alive 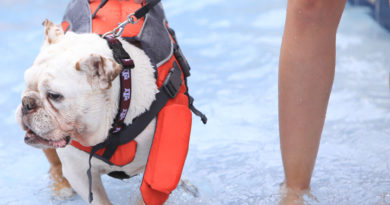