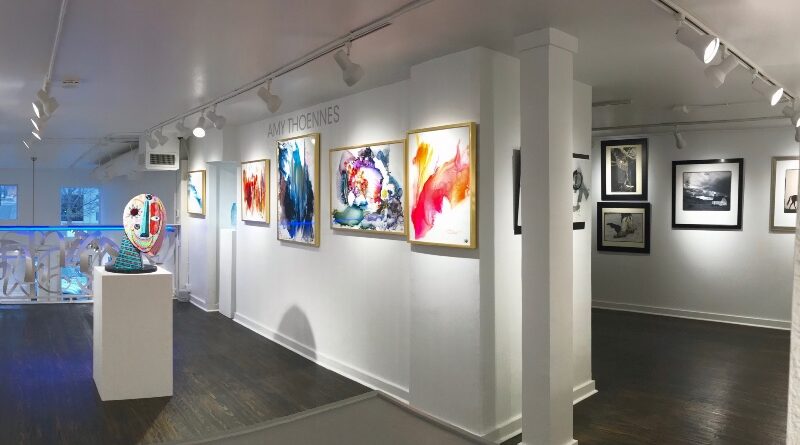 Cerulean Gallery is back in its original location in Snider Plaza.

“I’d always hoped to move back in my original location if it became available and it did,” she said. “I’m really excited to be back. I was born and raised in Dallas, I’m sixth generation on both sides of my family, my parents and grandparents lived in the Park Cities, now my parents live in Preston Hollow, so it’s just good to be back home.”

Kneese said all styles and mediums of art are represented in the gallery.

“We want artwork to be accessible to everybody, so we don’t box ourselves in with only focusing on a certain style, medium, or established artists,” she said. “We currently represent over 60 different artists and they’re from all over the country–some are local.”

Kneese said her interest in art was sparked as a studio art major at SMU. She then interned at the Dallas Center for Contemporary Art and worked as an art consultant for the firm Art Ability before launching her own gallery.

She said she plans to continue her gallery’s practice of donating a portion of sales opening day of new exhibitions to different local nonprofits.

“That has always been a part of my business and a way of Cerulean giving back to the community,” Kneese said.

She said virtual exhibitions are also in the works for the gallery.

She said the Amarillo location remains open as well.

One thought on “Cerulean Gallery Opens Again in Snider Plaza”