SKULDUGGERY OF THE WEEK: UNWELCOME GUEST

A scoundrel looked over a fence in the 3500 block of Lindenwood Avenue into a backyard where residents were having a get-together, broke the top panel of the fence at one point, and left the scene around 9:40 p.m. July 4.

How easy was it for a thief to swipe two paint sprayers, and food, from a work van parked in the 4400 block of Versailles Avenue between 10 a.m. and 1 p.m.? The van was unlocked.

Officers found a Chevrolet Silverado that’d been reported stolen parked in the 3400 block of Gillon Avenue at 4:10 a.m.

Lock your car: A thief grabbed a nylon bag containing $200 from the console of a Lexus SUV that was left unlocked in the 4500 block of Westway Avenue at 4:22 a.m.

A thief grabbed a backpack containing an iPad and AirPods from a Range Rover parked at Highland Park Village between 6:15 p.m. and 7:30 p.m.

A burglar broke into a Ford F250 in the 4500 block of Fairway Avenue, shattering the rear passenger window and damaging the front passenger window, and grabbed a wallet containing a driver’s license, two Pegasus debit cards, one credit card, an Exxon gas card, a Shell gas card, and the center console tray containing about $10 in loose change between 12:01 and 7:25 a.m.

A thief snagged a backpack containing a laptop, an iPad, headphones, and a calculator from the trunk of an Audi sedan parked in the 4400 block of Fairfax Avenue.

How easy was it for a burglar to get into a garage in the 4200 block of Colgate Avenue and grab tools and lawn equipment at 11:02 a.m.? The garage was left open.

A crook used the information of a woman from the 4100 block of Hyer Avenue to make a transaction. The incident was reported at 11:03 a.m.

A thief took two bicycles from the 4100 block of Emerson Avenue around 8:30 p.m.

Don’t forget the keys: A thief drove off in a rental Audi that’d been left unlocked in the 2700 block of Amherst Street with the key fob inside at 9:28 a.m.

A crook fraudulently got into an email and social media account belonging to a woman in the 3400 block of Colgate Avenue using her information. The incident was reported at 4:33 p.m. 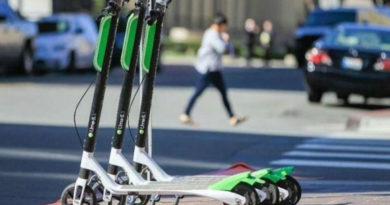