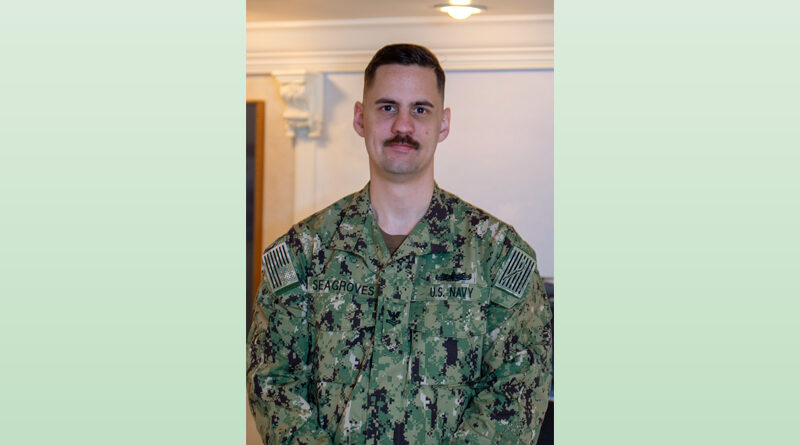 SAN DIEGO – For Highland Park High School Class of 2011 graduate Justin Seagroves, serving in the U.S. Navy is all about his daughter.

“Serving in the Navy allows me the peace of mind to know my daughter can sleep soundly because of what I do,” said Seagroves, a petty officer 2nd class.

Seagroves joined the Navy six years ago and has earned recognition for his service as an electronics technician aboard one of the world’s largest warships, the U.S. Navy aircraft carrier USS Carl Vinson.

“Receiving the Navy and Marine Corps Achievement Medal for identifying potential hazards aboard the ship was my biggest career accomplishment to date,” Seagroves said.

The USS Carl Vinson’s most recent deployment was for 262 days.

“At the heart of every ship, whether ashore or at sea, are the sailors that make up the crew and carry out the Navy’s missions with precision and dedication,” said Capt. P. Scott Miller, commanding officer of Nimitz-class aircraft carrier.

Serving in the Navy allows me the peace of mind to know my daughter can sleep soundly because of what I do.

USS Carl Vinson carries more than 70 attack fighter jets, helicopters, and other aircraft, and with more than 5,000 sailors serving aboard, it is a self-contained mobile airport.

“The aircraft carrier is our U.S. Navy’s centerpiece, our flagship, and a constant reminder to the rest of the world of our enduring maritime presence and influence,” said Rear Arm. James P. Downey, USN, program executive officer aircraft carriers.

With more than 90% of all trade traveling by sea and 95% of the world’s international phone and internet traffic carried through fiber optic cables lying on the ocean floor, Navy officials continue to emphasize that the prosperity and security of the United States are directly linked to a strong and ready Navy.

Lessons learned in the Park Cities help Seagroves do his part, the sailor said. “I fall back on my upbringing where I learned how to work hard and focus in order to achieve goals to assist me in my Navy life.” 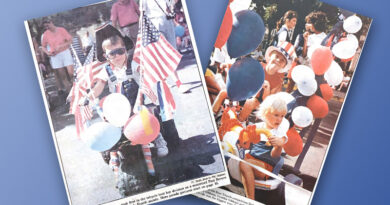 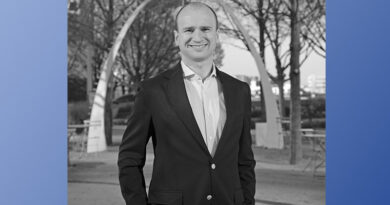 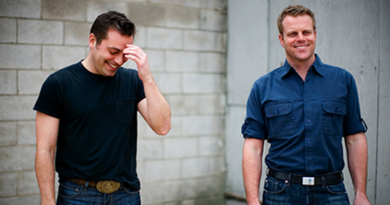