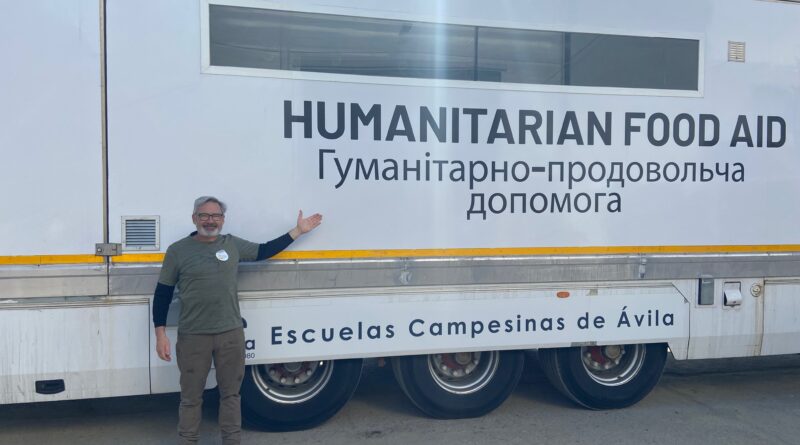 The semi-retired tech guy had been preparing for a nine-day solo backpacking trip in Patagonia. Then Russia invaded Ukraine.

Feeling compelled to help, Wade canceled his trip to the southern tip of South America and instead went to Poland.

Between shifts, he sent messages like this to friends back home:

Not among those friends but similarly moved by the crisis abroad is Shannon Wynne, a legendary restaurateur with a knack for creating kitschy but successful concepts that are pitch-perfect in tone and theme, including the east Texas fishing camp diner-style Flying Fish.

The sign on the door says, “STAFFING TOUGH PLEASE BE POLITE MANY THANKS!”

During a recent visit to Flying Fish in Preston Center, the staffing was, in fact, sparse but effective.

The lunch crowd started milling in. Orders of fried catfish and gumbo came in from men, mostly. Some dressed in office attire, others in clearly unpressed khakis and golf shirts with their company’s logo emblazoned on the chest. When a guest ordered spicy catfish, the Flying Fishermen and women confirmed the request with a chorus of, “Make it snappy!”

In late April, Shannon announced that $1 would be added to each check at all of his more than 30 restaurants to raise $250,000 for World Central Kitchen. Guest after guest paid an extra dollar for their meals with no qualms whatsoever. One cashier told me guests and staff alike have told him they appreciated the opportunity to help.

By mid-March, hundreds if not thousands of volunteers arrived at World Central Kitchen in Przemysl. Wade took a break from the kitchen.

“I served food at the border last night. Can’t do much of that. It’s just too hard. Back to the kitchen for me. The human suffering is beyond imagination. The volume of women and children is insane. Continuous 24×7. There’s an 85-year-old-woman in a wheelchair at our feeding table and no men over 14 yrs. old, zero.”

“Best line of the night, spoken in English with a thick Slavic accent a lady about 50. I asked, ‘Borscht?’ She said, ‘What I need is a glass of wine and cigarette.’”

Wade has always been motivated to help others.

After Hurricane Harvey decimated south coastal Texas, he organized a group of about 24 people, myself and my husband among them, to go to Rockport to repair, clean up, and clean out damaged and destroyed homes.

I’ll never forget the smell of desperation, devastation, rot, and mud. Long before COVID, we knew what PPE and N-95 masks were, and we went through boxes of them. That was nothing compared to what he’s experienced in Poland.

“Every day, a new story. I came back to my little place after work. It’s like a B&B or hostel with private rooms a mile from the border. I meet Tatiana and her mother Olga, who just arrived. Tatiana is Ukrainian but lives in Brussels. She speaks perfect English, definitely well educated. Her mom has fled Kyiv on her own. She looks to be almost 80. Tatiana met her here at the train depot. We shared our stories in the common living room tonight. Tatiana translated. Her story was harrowing. But she insisted on hearing about me. ‘Why are you here?’ I told her. She was stunned. Texas! I showed some pictures of the kitchen operation. She said that she had eaten a bowl of our stew at the depot. Mother and daughter were reunited, and you could feel the love and relief.”

As the war raged on and more refugees flooded Poland and other countries, World Central Kitchen, Chef Jose Andres’ humanitarian aid organization that is often first to the front lines of any disaster, ramped up its culinary operations to feed 200,000 meals a day.

Shannon is an activator and a preservationist, a man of conviction and action.

Shannon also has a great sense of humor and an eye for detail. There is a T-shirt for sale at Flying Fish. It’s sky blue with a fiery red crawfish on the front and reads, “Say No To Pot.”

Each table has a polite black and white checkered tablecloth with a blue Corona beer-branded tray centered and filled with half a dozen condiments, three kinds of sweeteners, and Lance’s saltines. The smiling faces and big mouth bass lining the walls, the energy, the generosity of owners and guests, and the piles of saltines free for the taking. This is a place of abundant abundance.

After a month stationed at Przemysl, Poland, seeing abundant need and the best and worst of humanity, Nicolas returned to Dallas for a brief recharge. Two weeks later, he flew to Madrid to volunteer at the World Central Kitchen there. Thousands of Ukrainian refugees have arrived in Spain since the invasion. Madrid is warmer, sunnier than Poland. Volunteers are twice removed from the frontline atrocities, but the stories are still harrowing, and the need is still great.

Wade and the other volunteers at WCK in Madrid serve refugees from Odesa, Zaporizhia, and Dnipro. While new volunteers made sandwiches, he spent the day making turkey and rosemary cream soup from scratch. “I learned that adding cream cheese adds a creamy body to the soup,” he shared. “We also made 2,000 servings of beef stew and did prep work for tomorrow’s dishes. It kicked my a–.”

He shared another story and a photo.

“This little man was having a really bad day. The translator said that he wanted to see his dad. That’s not possible. Dad is at war. So, we put him to work serving food. I gave him a spoon. He raised his spoon and shouted “Slava Ukraini!” (Glory to Ukraine). That’s their battle cry.”

This isn’t easy but it’s clearly rewarding for Wade. I asked him why he’s doing this.

“I like to cook, I wouldn’t want to do it for a living, but I like to be in the kitchen,” he said, then paused. “I’m struck by good and evil. This invasion, Putin. It’s pure evil. But Jose Andres and the volunteers in this operation are good. Pure good.”

By late May, Wynne announced that he was very close to reaching his fundraising goal.

On June 4, he announced that his 30+ restaurants would no longer add $1 per check to benefit World Central Kitchen. In only six weeks, the $250,000 goal had been achieved.

When folks like Wade and Shannon, two Highland Park men who don’t know each other but would get on well if they did, decide to make a difference, they do it with intention and success.

The war in Ukraine isn’t over and won’t be for a long time to come, but even one person can make a difference in this global tragedy.

If you’d like to help feed refugees, please donate to wck.org. 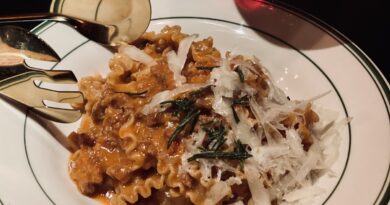 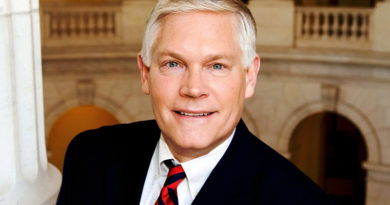 Sessions Reportedly Named as ‘Congressman-1’ in Indictment of Guliani Associates 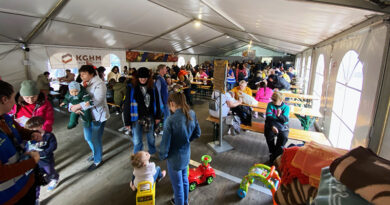