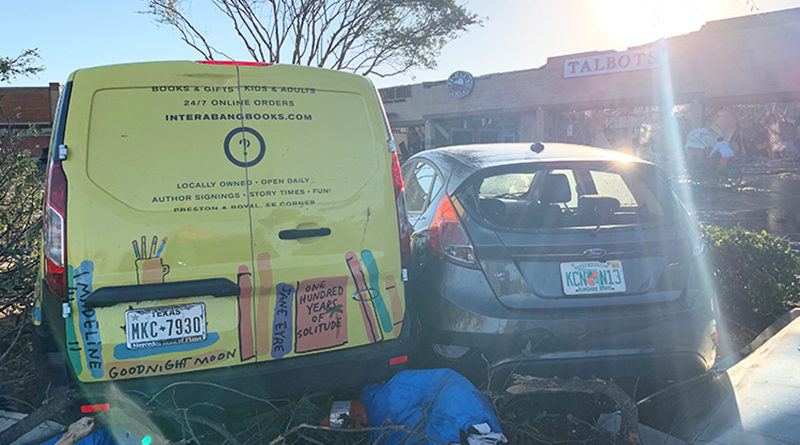 When an EF3 tornado struck north Dallas in October, nobody knew exactly how long it would take to get federal funds to help offset the costs of cleanup and reconstruction.

But the answer seems to be that it will take a bit longer since the Federal Emergency Management Agency rejected the state’s request this spring.

The city submitted damages that were well over the $38.4 million threshold set by FEMA, but the Dallas Office of Emergency Management indicated FEMA validated only $32.6 million.

“Based on our review of all the information available, it has been determined that the damage from this event was not of such severity and magnitude as to be beyond the capabilities of the state and affected local governments,” FEMA said it its March 31 letter to Gov. Greg Abbott. “Accordingly, we have determined that supplemental federal assistance is not necessary.”

But all is not lost; local officials feel that they may very well be able to bring revised numbers to FEMA still yet.

“As I understand it, the city’s damage did not meet the threshold as there was not that much infrastructure damage to the city,” said Dallas ISD trustee Edwin Flores, who saw three of the schools in his district heavily damaged. “They then reached out to the county and Dallas ISD for their damage to add-up the damages. As you know, Dallas ISD insured its buildings, which is the cause for the delay.”

“My understanding is that the uninsured value will be sufficient for the city to reach the threshold required to meet FEMA’s definition of an emergency.” -Dustin Marshall

Flores said that it was only recently that the district got final numbers from the insurance company.

“I am optimistic that we will successfully appeal the FEMA decision,” said trustee Dustin Marshall, who said he began talking with Dallas city council member Lee Kleinman almost immediately, who then coordinated with the district’s chief financial officer, Dwayne Thompson, to get the district’s new damage assessment.

“My understanding is that the uninsured value will be sufficient for the city to reach the threshold required to meet FEMA’s definition of an emergency,” Marshall added.

“I’m hoping that with this appeal process, it could be accepted, with this new data point – the dollar amounts related to Dallas ISD,” said council member Jennifer Staubach Gates.

“We are cautiously optimistic about our appeal. The City of Dallas, the state, and Dallas ISD have been working diligently to gather the necessary information to receive a federal disaster declaration, which will help us pay for the damage caused by the devastating October 20th tornado,” said Mayor Eric Johnson.

Marshall, Flores, and Gates all credited Kleinman for running point on the issue.

“We need $18.5 million in uninsured losses from DISD to exceed the threshold, and the documentation I reviewed last week showed that DISD has $22 million,” Kleinman said. “These amounts must be validated as eligible by FEMA before we can apply for funding, so there isn’t much room for error.”

On Tuesday, Gov. Greg Abbott announced that the state had appealed FEMA’s denial, adding that he sent a letter to the agency to ask it to reverse their decision.

“When Governor Abbott initially requested a Presidential Disaster Declaration for Public Assistance in January 2020, FEMA certified eligible damages of approximately $18 million, under the state threshold,” a statement from Abbott’s office said. “Over the last six months, however, the Dallas Independent School District, hit hard by these tornadoes, has provided additional information on their insurance review totaling over $27 million in uninsured damages.”

The additional damages brings the state’s total to more than $45.6 million, well over the threshold the agency requires.

“The people of Texas are resilient and will continue to prepare, respond, recover, and mitigate against disasters — but federal assistance is needed for the communities impacted by these storms in order to expedite this process,” said Abbott. “I respectfully ask FEMA to reconsider their decision and provide this crucial support to the people of Dallas and Erath Counties.”

U.S. Rep. Colin Allred, whose district includes much of the damaged areas in Dallas, said that he and members of the Texas Congressional Delegation had also sent a letter to FEMA supporting the appeal.

“Now more than ever, our North Texas community needs these disaster relief funds to support our ongoing tornado recovery efforts,” said Allred. “Too many North Texans, as well as our cities, schools and businesses are still waiting for help. I will do everything I can to support this appeal, and keep fighting so North Texas can be made whole. I thank every member of the Texas Congressional delegation who joined this effort, and I know we can continue to work together to secure this much-needed relief for our region.”

But another worry, Kleinman and Gates said, is the double whammy of tornado damage and COVID-19 closures, and what that will do to city coffers in the long term.

“We know we’re going to have revenues down,” said Gates. “We don’t really fully understand yet what this is going to do to property values – all of these things are going to play into the challenges of the city budget.”

“Sales tax is for other things, and we expect our sales tax revenue to take a major hit through the end of the year,” Kleinman said. “Residents should expect another property tax increase next year. And, as usual, I will be one of the few votes against it.”

One thought on “More Data Needed After FEMA Rejects Request”